skip to main | skip to sidebar

WHAT WE DO FOR LOVE. KEEPING OUR FAMILIES TOGETHER. 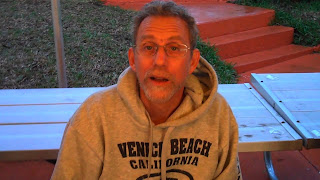 Below is a statement from one of the fasters, many of you know him, a thoughtful person, grandson of Jewish immigrants, highly respected for his integrity, who has more than 35 years in the social justice and labor movements. Jon, who is over 50 years old, explains why he took on this life-threatening fast after growing weary of the daily, desperate calls of the members of his organization, We Count!

“My name is Jonathan Fried, and I am participating in Fast for Our Families. I am writing this in the evening of Day 2 of the fast. Five of us are fasting indefinitely, as long as it takes; our target is President Obama and our goal is to get him to use the legal authority he has, now, without Congress, to suspend the detention and deportation of immigrants with American families, those who have US citizen children and/or spouses. This is a message to my brothers and sisters in struggle in the immigrant rights movement, and with a special shout out to the members of the National Day Laborers Organizing Network around the country and of the Florida Immigrant Coalition around the state. Thanks to those of you who have sent messages of support. And I know that not everyone knows about the Fast yet, or understands what we are doing.

This decision to fast was not taken lightly. I was tired of getting phone calls from a mother, a father, a brother, a sister saying that their loved ones, their family, was taken away by ICE. Having no response to the question of what to do with their kids. I felt we had two options when it kept on happening. Try to help whatever we could, but accept that ICE was going to continue breaking apart families, one by one or develop a community response and fight back. To be clear, this tactic was not initiated by me, but by our members. I felt, however, that my participation, as an organizer and leader in the community, would strengthen it by bringing to bear the weight of my relationships. Putting my body on the line along with the others, in order to maximize the reach we could have.

For a number of years the noose has been tightening around the neck of immigrant communities. Yet never have things been worse than under the Obama Administration. He is escalating and systematizing the policies of attrition followed under the previous administration, trying to make life so miserable for immigrants that they leave. Increasing local law enforcement’s role in the deportation system; continuing 287g, including with vile racist sheriffs like Joe Arpaio, and expanding Secure Communities, under which persons are deported for the crime of being poor, brown and undocumented, all under the false guise of combating crime; increasing the rate of detentions and deportations of immigrants, using a vast system of government and private prisons, and even secret sub-offices; violent early morning raids on homes; worst of all, is the separating parents from their children.

I understand the political calculation: Show we’re tough on immigrants, and prove to the public that the administration is deserving of comprehensive immigration reform. First, there’s no guarantee that it’s going to get us there. Second, if it does, this strategy does guarantee that it will get us a mean-spirited, punitive immigration reform that will exclude thousands of undocumented persons and ensure further institutionalization of a repressive system that takes away all our rights.

It is time to say to President Obama: This is on your watch.

This is our response – the fasters, the organizations involved in the Fast. Tomorrow day laborers will be joining us in a solidarity fast. Solidarity fasts are under way in New York and New Hampshire, and others will be occurring here in the coming days. Four young people are walking from Miami to Washington, DC to call for a stop to the separation of families and suspension of deportation of DREAMers in the Trail of DREAMs. Our compañer@s in Maricopa County and NDLON are organizing a demonstration on January 16 against Arpaio and the administration’s continued collaboration with him and his racist attacks on immigrants.

We are asking for solidarity fasts. This is the time. Let’s light a spark in this movement. Enough is enough!”

Jonathan Fried, grandson of Jewish immigrants, is originally from Swampscott, MA, and graduated from Friends World College (now Long Island University). He has lived in the former Yugoslavia and Guatemala and speaks Spanish fluently. For the last 35 years, 25 of them in South Florida, Jon has worked and participated in solidarity, community, immigrant and labor struggles with diverse organizations including the American Friends Service Committee, the AFL-CIO Organizing Institute, UNITE/SEIU, the Center for Labor Studies at Florida International University, Florida Foster Care Review Project, Human Services Coalition and We Care. He is currently the founding Executive Director of WeCount!, a grassroots membership organization, with centers in Homestead and Cutler Bay, Florida, that fights for immigrant, worker and youth rights.

Posted by fast4families at 6:42 PM